What is the Coalition for REKOM?

It is a network of civil society organizations from the countries from the former Yugoslavia which advocate establishment of the official Regional committee for facts regarding war crimes and other grave violations of human rights which occurred on the territory of the former Yugoslavia from 1 January 1991 until 31 December 2001.

The Coalition is governed by the Assembly made up of the members of the Coalition.

NGO “Alternative” Kakanj is member of the Coalition for REKOM and has participated actively in the work of the Assembly since the VI Sitting.  Delegat at the Assembly: Maksuma Topalović.

Main points of the VIII Assembly: 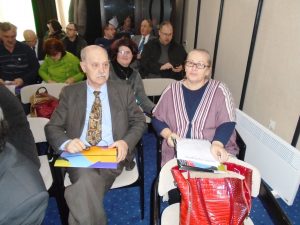